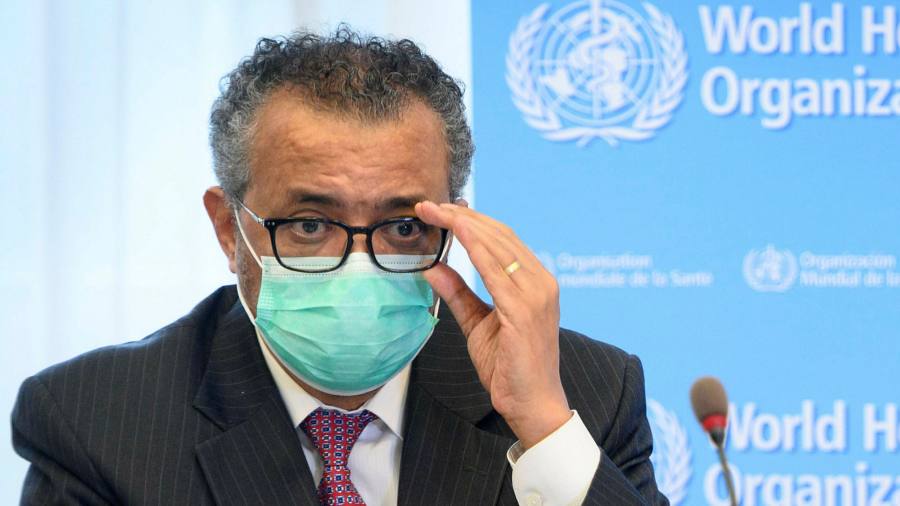 The global risk from the new Omicron coronavirus variant is “very high”, the World Health Organization warned, as Japan moved to ban foreign visitors in an attempt to limit the spread of the heavily mutated strain.

Outlining its preliminary findings on the strain first detected in southern Africa, the health body warned of its potentially “severe consequences”, as scientists raced to understand the effect of its multiple mutations on the severity of disease and its effect on natural and vaccine-caused immunity.

Anecdotal reports that emerged from South Africa over the weekend appeared to suggest that the disease produced milder symptoms although scientists stressed it was too early to tell.

The WHO said the severity of illness from Omicron was still not known, adding there was “substantial uncertainty” over the variant’s ability to transmit, the severity of disease it causes and the effectiveness of vaccines. Officials and scientists have said it would take at least two weeks to produce reliable data on immune responses to Omicron.

Tedros Adhanom Ghebreyesus, the WHO’s director-general, said on Monday that Omicron highlighted “how perilous and precarious our situation is” as he delivered an address to the World Health Assembly.

“South Africa and Botswana should be thanked for detecting, sequencing and reporting this variant, not penalised,” he said. “Indeed, Omicron demonstrates just why the world needs a new accord on pandemics: our current system disincentivises countries from alerting others to threats that will inevitably land on their shores.”

The WHO has labelled Omicron a “variant of concern” but it also called for a balanced response, urging that countries that report the strain not be penalised.

Japan’s ban on foreign visitors, one of the strongest responses to the new strain from a large country, will take effect at midnight on Tuesday.

“We’re handling the Omicron variant with a strong sense of crisis,” Fumio Kishida, Japan’s prime minister, told reporters. “It appears to be spreading around the world so we continue to look at further strengthening our border control measures.”

The ban, which reversed a three-week-old relaxation of the country’s rules, covers foreign students, trainees and workers moving to Japan as well as business travellers. Under previous measures, vaccinated business travellers could visit Japan after undergoing quarantine for as few as three days.

Japanese nationals and foreign residents returning from South Africa, neighbouring countries and other nations with Omicron cases would have to quarantine at government-controlled facilities, Kishida added.

The Japanese policy change followed a rush among countries to contain the spread of the variant. Israel and Morocco have previously announced that they would close their borders to foreign travellers, and a number of countries including the US and UK as well as the EU have introduced travel controls and quarantine measures for arrivals.

Cyril Ramaphosa, South Africa’s president, has said the travels bans were “completely unjustified”, adding that there was no scientific rationale for the restrictions. The measures “discriminate”, he added, arguing that the variant should instead highlight that rich countries must improve access to vaccinations in Africa.

The discovery of the variant has hit stock markets, with global equities and oil prices falling the most in a year last week.

Japan’s decision to bar foreign arrivals caused stocks to fall in Tokyo, where they had been trading higher on expectations of a gradual return of tourists. The Topix in Tokyo closed 1.8 per cent lower and Hong Kong’s Hang Seng index fell 0.9 per cent.

Takeo Kamai, head of execution services at CLSA, said: “There is a lot of uncertainty and the Tokyo market is always going to trade conservatively at a time like that.”

European stocks advanced after a sell-off at the end of last week, as investors settled in for a prolonged period of uncertainty over the pandemic.

Europe’s Stoxx 600 rose about 1 per cent during the London morning, in a partial recovery from a fall of more than 3.5 per cent on Friday. London’s FTSE 100 gained 1 per cent and Germany’s Xetra Dax added around 0.5 per cent.

Meanwhile, futures contracts tracking the US S&P 500 index added about 0.9 per cent after the broad US stock gauge fell 2.3 per cent on Friday. In early November the S&P had traded at record highs as investors focused on strong corporate earnings.

Analysts cautioned that markets would remain volatile, however, as investors waited for more information on the potential of the new variant to alter the path of economic growth.

“Over the course of this year we’ve had an impressive equity rally, with constant new highs printed, so when we have had pullbacks there’s been money on the sidelines to buy the dip,” said Paul Leech, co-head of global equities at Barclays.